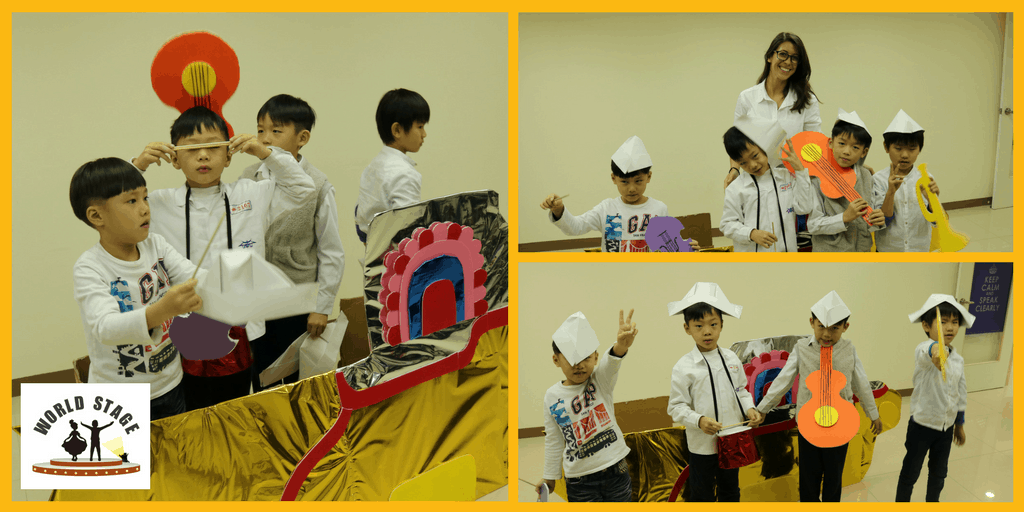 Shane English School Taiwan’s Roosevelt branch is proud to announce the successful completion of their first term with World Stage Speech & Drama class. The Bronze level class of only four students between the ages of 5-6, coordinated and led by Charlotte Lewis, ended its final lesson on Monday with a musical rendition of Yellow Submarine by the Beatles. The performance was complete with sailor hats, colorful musical instruments, and of course, the iconic Yellow Submarine from The Beatles’ 1968 animated musical of the same title.

World Stage was initially created as a theatre class that would help younger students in mastering confidence, presentation, and social skills but Lewis says that she was able to incorporate teaching English while teaching acting. “Besides learning their lines in English and understanding what they’re saying, the students are able to practice what they have already learned in their classes with Shane English School and use it in a World Stage class through conversation which allows them to be confident when speaking English to others outside of the classroom.”

When it came to preparing for the final presentation, the class had 12 weeks with one hour-and-a-half lesson each week to get ready. Lewis admits that when it came to choosing what to do for the final performance, it didn’t require much thought. “I only had four vivacious boys to work with; a performance from the Beatles only made sense. I taught them the choreography and cues but all of the gestures and miming that you see the boys doing in their performance were not my idea and totally came from them naturally.”