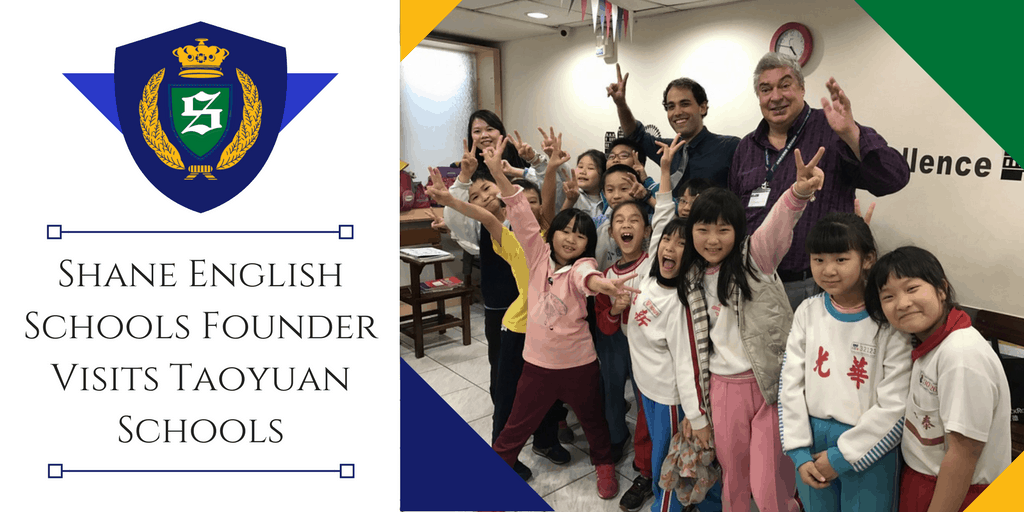 Recently, founder of Shane English School and Saxoncourt Shane Lipscombe visited some of the group schools in Taoyuan and New Taipei City. As part of his visit, he popped in on a few classes to say hello to the students. Having seen Shane’s picture on posters and textbooks, many were excited to finally meet him in person. Many referred to him as “the real Shane”, which is about as clear as it gets.

While at the schools, Mr Lipscombe also met with school managers for refreshments and chats. He thanked the management and teaching staff for their dedication to children’s English education. He also had a chance to discuss his experiences in the English language education industry and how to build a successful business.

In the coming months, Mr Lipscombe hopes to visit even more schools around Taiwan. It’s also likely that Meg Li, Shane English School Taiwan’s Operations and Schools Director, will be making more visits to schools in the near future.

The extra visits are part of Shane English School’s 40th anniversary. It serves to maintain the connection between corporate office and the people who have made the company’s four decades of success in education possible.