Task-Based Learning in a Nutshell 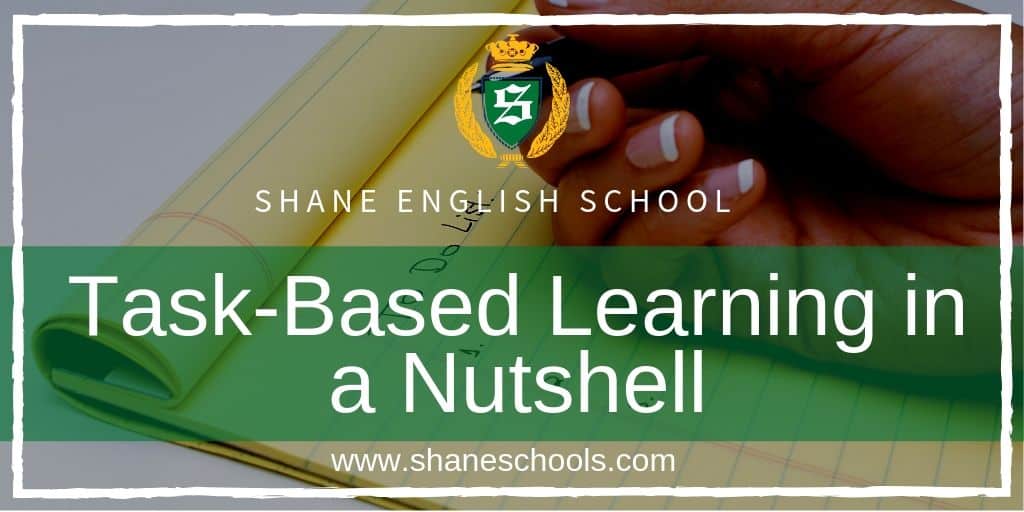 Task-Based Learning (TBL) is a common form of language education based on use of language in a natural, effective way to complete concrete tasks.

The theory behind the Task-Based Learning (TBL) method is that learners are more likely to acquire language naturally if they are thinking about a non-linguistic problem. Students might be given a problem or task to perform (i.e. returning faulty goods to a store). Through dealing with the problem, they discover language and meaning. However, as this involves quite a lot of cognitive maturity, the Task-Based Learning approach is best for older, more advanced students and does not suit young learners or beginners.

This approach is seen by some to be the Presentation-Practice-Production (PPP) approach inverted – start with the production and work backwards (though this is a bit of an over simplification). The TBL method can act as either a replacement for the PPP approach, especially for the sake of variety, or it can be used as a mini-activity as part of the Practice phase of the PPP method.

A TBL task will start by identifying some of the necessary vocabulary through discussing the topic (Faulty goods – typical problems, requests and results). Learners may also hear a recording or watch a video of the task being performed before attempting the task itself.

Learners perform the task until they reach a satisfactory outcome. Learners then plan how to tell the report their ‘findings’. The learners discuss what language they used, and the teacher then gives a presentation on the necessary language – followed by some further practice.

The role of the teacher in TBL is very ‘non-traditional’, and the majority of class time is spent on dealing with the task rather than looking at language involved. TBL is considered ideal for long term courses where students have time to come back to problems and repeat tasks.

There is much debate, however, over what constitutes a ‘task’: Is it a clear situational problem (e.g. booking a holiday), a long term ‘project’ task involving planning and research, or a short in-class role-play or problem? We could argue it’s all three!

Want a longer version? Check this out.