A Fair Reward System in a Class of Young Learners 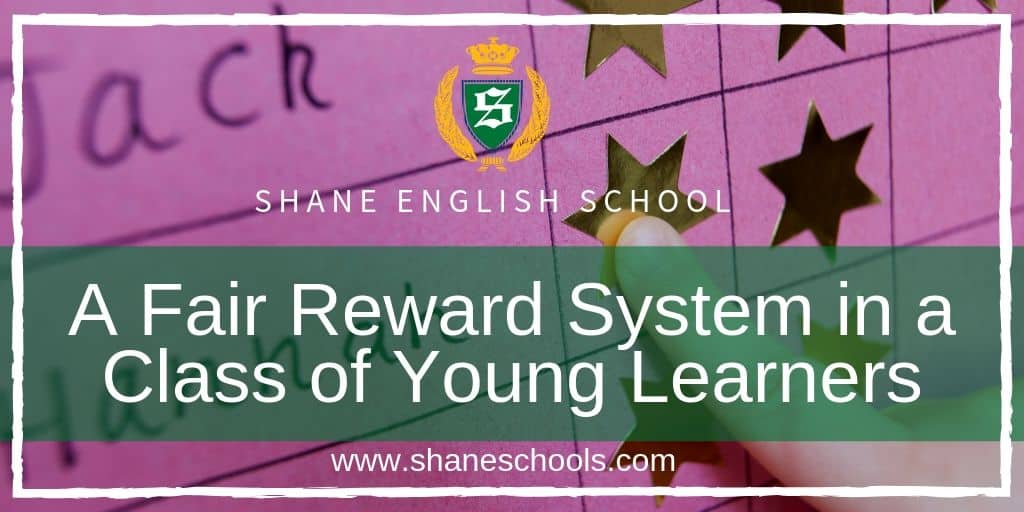 It’s helpful to learn what reward methods have worked for other teachers. In this experience-based how-to, a former ESL teacher lays out the steps he took to craft a reward system uniquely suited to his class of eight to nine-year-olds.

Young ESL learners need to learn and have fun. They also need to stay focused while working toward exciting goals. Teachers may bring momentary smiles to faces by handing out prizes to everyone at the end of class. But the teachers who employ a unique system adapted specifically to the characteristics of their classes will have a happier group for the long haul.

First you need to know your students.

I taught sixteen highly competitive and energetic eight and nine-year-olds at a private English school for six months in Shanghai, China, for nearly a year. From my first day of training at this school (New Wave Kids Education), the managers encouraged me to give stickers. And I didn’t buy cheap stickers. Disney characters, Marvel comic book heros, glittery stars, Precious Moments, and more, I bought brands I thought would appease the students.

But, this group made me question HOW I was rewarding. When prize time came at the end of classes, some shouted, one screamed, one cried, a few pouted, others laughed, and one or two happy-danced. With each passing class, the bold students were bargaining for more and the timid were not getting enough. I was so naive! After a month of seeing long faces, I was determined to devise a system.

I had to consider their individual English levels — two girls were way ahead of everyone else and two boys were way behind. The rest were in between the two poles. I first tried giving one sticker per earned ‘star’ — the stars I drew on the blackboard for each student when they answered a question. This worked when all the students were on the same level. But the uneven makeup of my Shanghai class meant this wouldn’t work because the competitive, advanced students would win all the stickers!

Then you need to find the right prizes and devise the right system.

One day while shopping at a downtown Shanghai mall, I found some cool sets of plastic glow-in-the-dark space objects — stars, planets, comets, etc. — with sticky pads for easy display on bedroom walls. I grabbed a few sets for around 30 RMB each. 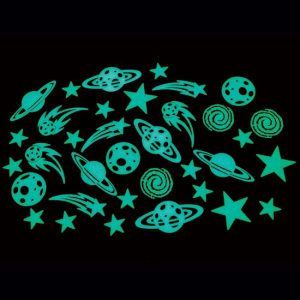 I then divided class participation into two major categories: correctly pronounced words and answered questions. One correct answer was worth one point and I kept a point tally for each student throughout class up on the blackboard. Students could earn these points in the practice and production stages of the lesson. I assigned a number value to each space object according to its size so a large planet was three, a small star, one.

To avoid giving two high-achieving students winning too many of these, I capped the number of questions they could answer by asking all the students an equal number of questions (usually 3 or 4 per class), in order. At the end of class, students would redeem their individual points for, at most, one large object (worth 3-4 points), or some small ones (worth 1-2 points each. More could be won, but only as a team.

During the production stage of each lesson, I divided the class into two equally skilled teams of eight to compete in review games. After the game, I awarded one point to each player on the victorious team. Once, I brought in some magazine pictures of people performing actions like swimming, climbing, and reading. One player at a time from each team had a turn so all students would have a chance to answer. As I showed a picture to a team, the player on the spot said a complete sentence in the present progressive tense using the pictured verb. If they couldn’t answer say the sentence, I allowed one other team member to help. When the game ended in a tie, I awarded points to both teams.

To maintain a fresh dynamic from week to week, I shuffled the team players, and from month to month, introduced new glow-in-the-dark prizes like dinosaurs and sea creatures.

You will not regret making the effort.

The extra thought and work paid off. My spirited Shanghai students embraced the system and LOVED collecting the objects to put up in their rooms. Most of the long faces vanished!

Jonathan Caulk is a freelance copywriter and teacher.