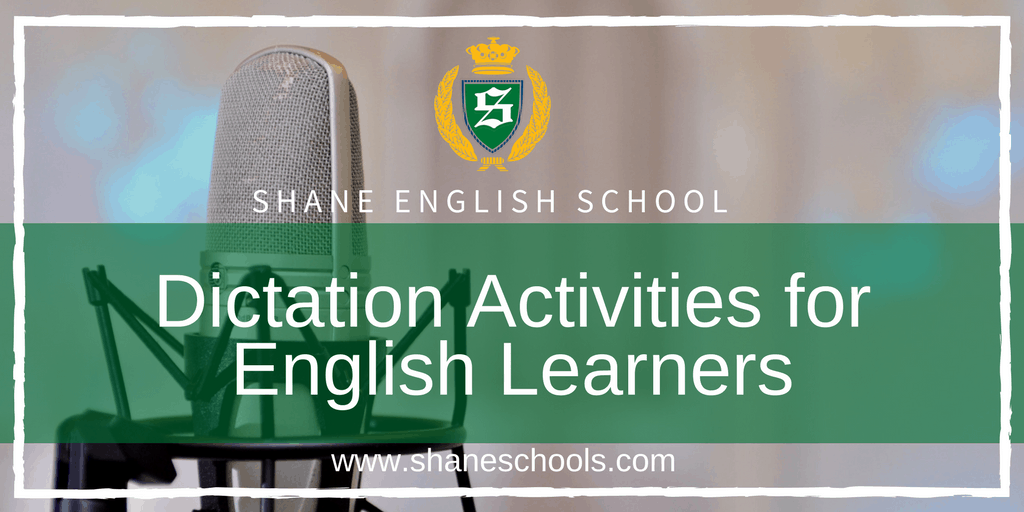 There lots of activities we can use to improve our students’ reading, listening, and writing. Or we can do dictation activities, which manage to combine all three.

Do dictation activities have a place in your lesson? Absolutely. As a teacher, you have so many class activities at your disposal, and all of them have their place in a well-run lesson. And while dictation may seem like a method from a by-gone era, it still has value when combined with other learning activities. Dictation gives students practice in both listening and writing, especially since it takes the pressure off students to produce original content for writing. In some of the activities below, students get additional practice is both reading and speaking as they are the ones dictating.

So let’s get started!

Dictate a passage or sentence and have students write it down word for word. Don’t stop or help, just re-read as many times as necessary until the students are satisfied with their writing. This can be made more fun by changing words from an original text to create a more amusing and entertaining story.

Student A shows a sentence to Student B who writes it down and repeats for student C. Have a team competition to get the sentence to the end of the line the quickest. Students can only read the sentence once.

The teacher or a student reads sentences from the story and students write them down. The students will need time to write, which they gain by requesting that the reader: ‘Stop!’ ‘Rewind!’ ‘Play!’ etc.

Prepare two texts (from a story or text) for Student A and Student B. Students sit across the room from each other, or back to back. Each text has words missing but by listening to their partner the gaps can be filled by both students. For example:

Student A has a passage with mistakes. Student B can go and read the correct passage, return, and then help St A correct by repeating what they have read.

Numbered sentences of events from the text are displayed around the room. Teams have one piece of paper and one pen, and work in pairs: Student A finds one sentence, reads and memorises it, then returns and dictates to Student B who writes it down.  The students then swap roles and continue until they have written each sentence.

Dictate a passage 3 times. Hand out a scrambled copy of the passage you have dictated and Students unscramble and write.