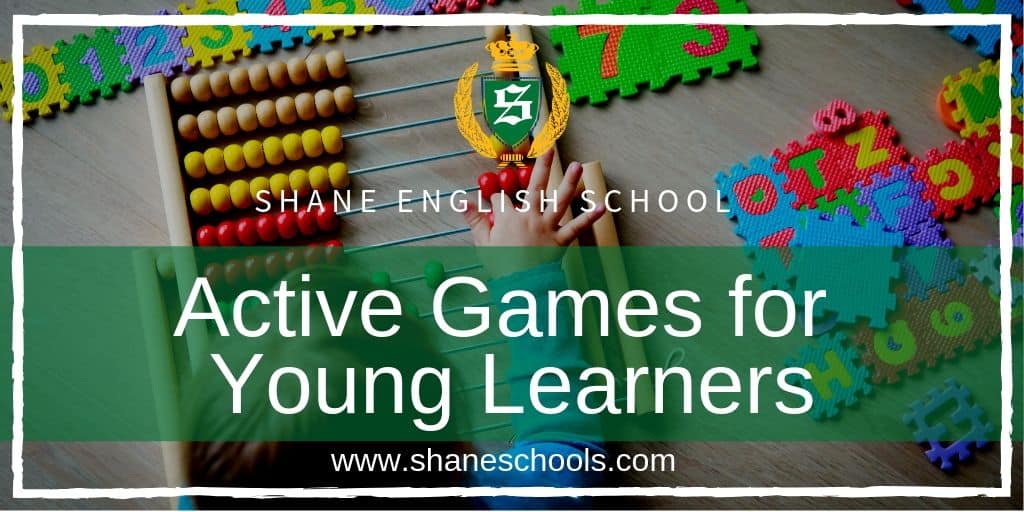 Sometimes, classes just have a little extra energy. That’s especially true this time of year. As summer vacation approaches, students find it harder to contain their excitement. Teachers are also distracted by end-of-the-year administrative work, and students sense their weakness and push boundaries. There’s no better way to get a rowdy class under control than a few active games for young learners before sitting down to some quieter work.

Stand up/Sit Down – Young children enjoy this simple game. Give a command and the children must respond as quickly as possible. Then give the wrong command (i.e. Stand up when they are already standing). This can be adapted into a Simon Says/Please/Teacher Says style game, with the language getting progressively harder as your students get older and their command of English increases. You can keep it fresh by having the students who lose become the order giver. (Alternatively, have the winner be the order-giver as a reward and to give other students a chance to win in later rounds.)

Touch – A good way to get the children moving. Call out ‘Touch the door’ and the students rush to do so. This can be adapted to any language by having the students rush to touch flashcards or pictures. Always have the students call out what they are touching so that they are using language in the game, not just reacting to commands. Make the game safe by teaching the difference between right and wrong actions (i.e. touch and bang, walk and run, etc.) and having clear rules for behaviour.

Switch – This is a good, high energy drilling game, and is very simple to play. Drill the language as normal, and at a signal from the teacher the students must all swap chairs with a member of their team, or a member of the opposite team. The last team to complete the action loses.

Throw a question, catch an answer – This works well with all levels and is very simple. The students can stand/sit in a circle, or on opposite sides of the class. The student with the ball asks a question and throws it to a member of the opposite team, and whoever catches it answers. If the student drops the ball or answers wrong, they sit down and the thrower gets another chance. If they answer correctly, then they become the thrower. Or you can check these other ball games out.