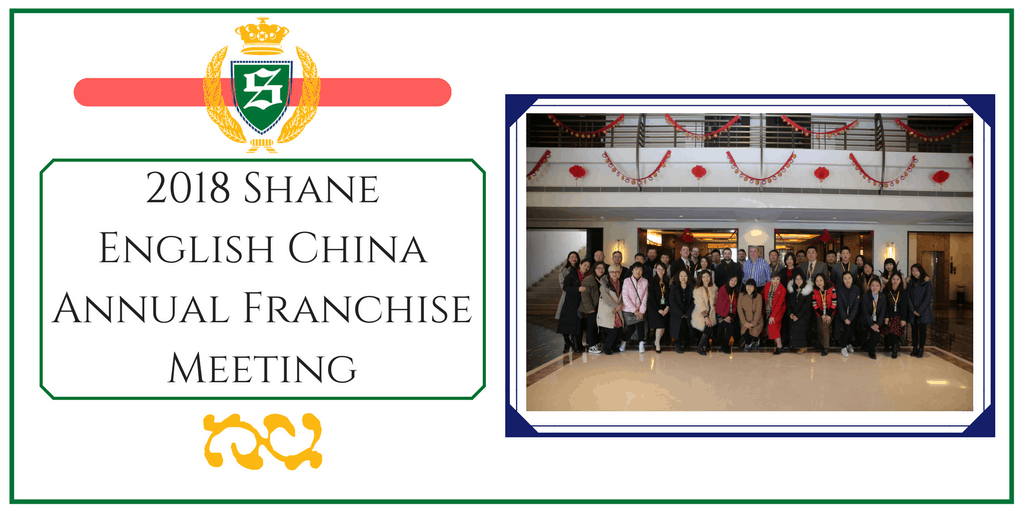 From February 5 to 8, the Saxoncourt Group and Shane English School met with franchise owners and teachers from around China.

Saxoncourt and Shane English School founder Shane Lipscombe travelled to China with Eason Wang (China Business Development Director), Toby Shaw (Group Academic Director) and Luke Schofield (China Recruitment Manager). The team attended numerous banquets and formal events as per Chinese custom, and then everyone had an opportunity to share knowledge and experience during the main event at the Yangzhou State Guesthouse (揚州迎賓館 ) on February 6 and 7.

Among the ceremonies were presentations plaques to distinguished schools, including the Chengdu, Baotou, Ningbo, and Nanjing schools (among others). Other franchises – like those from Beijing, Baotou, and Dalian – came farther than most to attend. See the photos below for founder Shane Lipscombe presenting these awards to school owners and academic teams.Extra thanks go to the Yangzhou franchise team, who acted as our gracious hosts.

Likewise, there were talks about academic methods, new learning materials, and accolades for schools that may not have received a plaque but were worthy of distinction. For example, Kunming’s school recently won an award as the city’s top English school. According to Ran Ran from Shane English School Chengdu, “This was the best franchise meeting ever.” [translated from Mandarin]

One of the main issues put forward was increasing the number of high-quality teachers going to China franchises via Saxoncourt Recruitment. The recruitment team is excited about the new challenge, and requests for more teachers are rolling in. In the words of Luke Schofield, “Before going to Yangzhou I was excited to meet the schools as I had heard good things about the schools and their staff.  The conference had a very positive atmosphere and a lot was learnt by all involved. After meeting the schools involved I am very excited for the future and am confident that collectively we can take the Shane brand from strength to strength.” 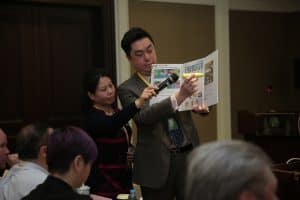 The head office team, led by Eason Wang (pictured) also introduced our new Magic Pen, an electronic pen that can assist students in reading, listening, and pronunciation. According to Toby Shaw, “Practice and review outside the classroom is a crucial part of learning a foreign language, and these pens will give students the opportunity to do this without parents needing to have a higher level of English. Consequently, this makes faster advancement in English study more accessible for students.”

Overall, the two-day franchise meeting was a massive success. There were new friends, great food, and fun times as we looked forward to a new phase of English education in the region.

In the words of founder, Shane Lipscombe: “I really enjoyed the first all China franchise meeting, and I hope everyone agreed it was good to be able to meet fellow colleagues from all over China (from Kunming to Baotou to Dalian).

A big thank you needs to go to Demi from Yangzhou school who looked after us all so well. And everyone was impressed by the excellent job Demi has done with her schools in Yangzhou. So successful!

I’m already looking forward to the next all-China meeting which is likely to be in November this year.”